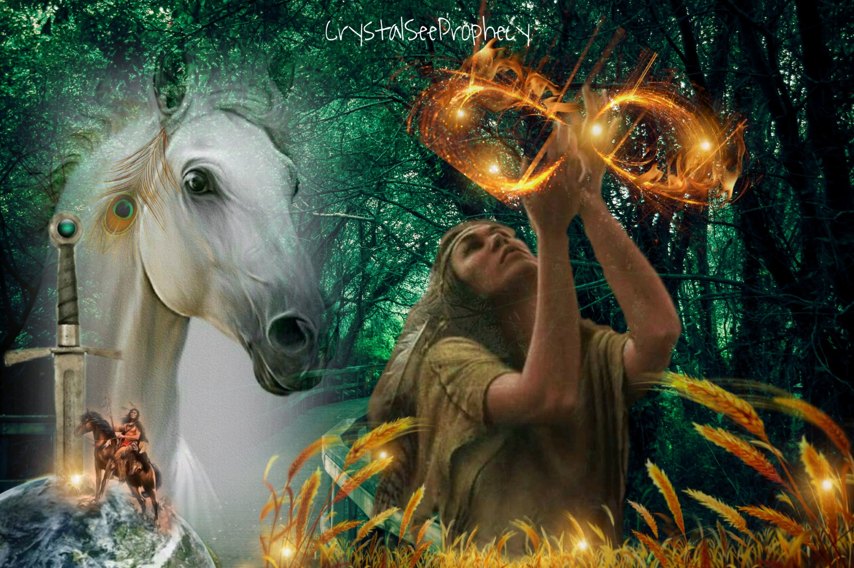 Upon Listening to Dutch Sheets share a word from Chuck Pierce on “The Circuit”, my ear quickened to hear “Circuit Riders”! …

Horses represents: Authority, Power, and Glory. In my personal prophetic vocabulary, they also mean obedience even though it’s free spirited, the relentless pursuit to never give up, and although sometimes timid to outside noise they can be fierce in the battle for their master.

Mid October I was awakened from my sleep and heard 1836. Which to my surprise was the year of the Texas Revolution.  I will help unify “the circuit” below…lol.

“The Second Great Awakening brought comfort in the face of uncertainty as a result of the soci-polital changes in America.”

The “Circuit Riders” were missionaries in America on horseback with a message of holiness and surrender.  Many of them had great influences on the founding fathers of this nation and now this generation are leading the Cavalry of Calvary.

Among the many equestrian statues in Washington like George Washington (father) and Joan of the Ark (Spirit) is one of Francis Asbury who has been called a “Flame Spirit”, who was ordained by John Wesley.  This was a time of musical influence in the war as well. One circuit rider named John Matthias was coined for the “Psalms of Victory”.  Sound is Key.

This was the beginning of the Methodist movement in America, however this Era is not about a denomination but a “METHOD” way of carrying the gospel.  The streets will be the new church and the curbs will be the new pews.  Street preaching with the power and authority of the one who is Faithful and True, the Revelator.  Tent Revivals and camp meets were on the venues, OUT-SIDE of the Box.  They brought reformation and a liberty message to those who were segregated and in bondage.  Works of charity through schools, workplaces, orphanages, and prisons are on the horizon and on the “circuit rider’s” road this era.  The mission field is where you’re at!

On the back of Asbury’s statue it reads, “The prophets of the long road.”  Many since 2020 have been and have weathered this long road for sure, but there is a method to this mission.  It couldn’t be about one man . . .  it moved us all to the call and the mission of the Salvation Army!  Time of Faith in the Storm!

The Native represents God’s chosen people of inheritance of the land.  Native means born, natural and birth indigenous aka IN-genesis or the genius of the peoples. Tribal warriors with the feathers of Psalm 91. When you hide in the secret places of the Father you gather feathers in your hair. Birds flock and tribes are born.

Harvest is plenty as you plow the land with light, life and liberty.  Her eyes are on the Infinite flames of the eternal realms. The circuits of power and light that emanate that circuit through the soul. The circuits of fire and water, liquid love carriers. The power generators of the generation!

The harvest fields are glistening and ears will be listening.

The horsemen of power and glory who share His infinite story.  Infinite means “not finished”.  Eight is “hope, new horizons and bright future”-grunge

Saddle up! The Doors band had it somewhat right with, “RIDERS ON THE STORM into this house were born, into this world were thrown.”  A prophet profits the kingdom right where he’s at hence the word, NEIGH-bor.  Go and sow and let’s rebuild a land and prepare the way for our King!

“Now I saw heaven opened, and behold, a white horse.  And He who sat on him was called Faithful and True, and in righteousness He judges and makes war.  His eyes were like a flame of fire, and on His head were many crowns.  He had a name written that no one knew except Himself.  He was clothed with a robe dipped in blood, and His name is called The Word of God.  And the armies in heaven, clothed in [b]fine linen, white and clean, followed Him on white horses.  Now out of His mouth goes a sharp sword, that with it He should strike the nations.  And He Himself will rule them with a rod of iron.  He Himself treads the winepress of the fierceness and wrath of Almighty God.  And He has on His robe and on His thigh a name written:

KING OF KINGS AND
LORD OF LORDS.”