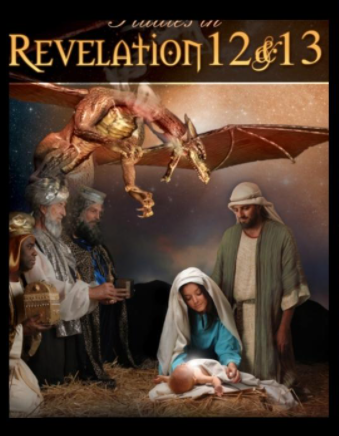 The Woman, The Dragon and The Child

I am going to give you the details of an intensive study and what God has been showing me. I have put it in a power point format without commentary because I wanted to eliminate wording and get the point across.  Please look at the pictures I posted because you will see how it all ties in. Here we Go 👉

2020- Corona aka Crowns -Crowns represent Kingship. Gods been realigning the church in this. Political is Kingship, Dominion on Earth. Priest is Spiritual, Dominion in the heavens.  2021 is now about the Thrones.

Sept 25th- I wrote about “The Bull in the China Shop” – 2021 is the Year of Ox(bull) in Chinese New Year-tug of war- exposure- The Dragon, Pharoah and Harrods wanting the life of the innocents, children(abortion).

Dec 10th I wrote how 2021 is the year of the number 12’s! Foundations Governmental Authority! -Mirror-Image-Gates-Doors- Pennsylvania (the Liberty BELL) 👈 (Remember this!) Declaration of Independence -order-Time and Revolution.

Dec25th- *WW84 (Wonder Woman) movie came out. *Nashville Bombing of AT&T. *Christmas (the child born)! There were 3 wise men aka 3 kings at the birth.
I googled a photo of the Nashville bombing and there is a smoke dragon image in the backdrop of a building which looks like an owl.  Here we have a Woman, a child and a dragon all in the same day! Guess where that is in scripture? Revelation 12!! Where the woman has 12 stars on her crown. Dragon has 7 stars on his crown.

I knew there had to be some type of dragon place near the bombing site! Dragon Park is only 9 minutes away from this site where the bombing took place! Also, in Nashville they have a Parthenon/House of false Gods with a 42ft statue of Athena! Which leads me into mythology later on. Revelation 12 the Dragon wants the child, Old Testament was a bull like god but in the current Elite circles it’s an owl called Moloch. Same devil different mask that has to do with child sacrifices aka abortion. Moloch actually means “king”. Tie this to everything I’ve said this far.

WW84 movie is a connected to the version of Wonder Woman in 1984. Ironically it was in 1984 that AT &T “split up” on January 1st! The Headlines actually coined it,” The Breakup of the Bell”. It was an AT &T building broken up by explosion in 2020. Almost to the exact day. It is written that the Dominion voting machines and intelligence were stored there. Did you know in Revelations it speaks about the Dragon given Dominion for a TIME! Also, how come the A T&T symbol is called, “The Death Star?” and ironically resembles the planet Jupiter. On May 7th the Trump Campaignmgr. tweeted about them building a juggernaut (Death Star). The Biden Campaign countered with saying, Biden blew it up. Interesting since “STAR” WARS APPEARS ON DEC 21ST 👇
Dec 21st – The “Christmas Star” was visible. Jupiter and Saturn aligned to make this happen.  What’s interesting is in Greek mythology Chronos is the god of Saturn, time, harvest, sickle, snake and grain however also delay, chaos and disorder! (Strong 5550).  I will not get into the difference of Chronos and Cronos. Note how close Corona and Chronos are in spelling! Chronos is linked with the OT cannite god of Bal (god of wealth). The wealth is the harvest! I do not follow mythology but I do believe it tells pieces of the story into principalities and powers in the heavens. Satan always mimics God! He has his own stories of how things came into existence. Professing to be wise, they became fools, and changed the glory of the incorruptible God into an image made like corruptible man—and birds and four-footed animals and creeping things” (Romans 1:20–23).

In Greek mythology Chronos used to eat his children so they wouldn’t steal his throne. Sounds like the devil today aborting babies for the same reason! Chronos swallowed a stone causing him to spit out the children and Jupiter (Zeus) took the throne. Jupiter was known for the sky. Symbol of lightning (storms), eagle and Titans. Look at the pictures below of how these three have played a major roll surrounding Trump. The Storm-The Eagles and The Titans! His golf course is in Jupiter Fla. on Eagle Terrace lane. A nickname for Jupiter was Triumphanator-see pic. This was unbelievable and there were more I didn’t add.

Goya foods (Hispanic food brand) made headlines this year as well twice. Ironically the name Goya was for a painter called Fransico Goya. What did he paint? Yep, you guessed it. Chronos (god of Saturn) eating babies witches and owls etc.

Ironically on Dec1st 2020 a game called Chronos was released. Read the mission of the game in the pictures below. Can only defeat him once a year. Chronos is always represented by the dragon in games (see pics) but also a wise man of time “Father Time”, the Harvest and connected with Children. (Baby New Year)

If you made it this far with me then you can know how to pray against this Spirit that is ruling in the heavens in this hour, Chronos! The Wonder Woman (Bride of Christ) will take him down with the sword of the Word. This is the Spirit behind chaos and delay! He has a wheel and hourglass. “Father time” looking like an old man of wisdom. We always see him appear in New Year’s memes or pictures.
His Spirit animal is an owl. Owls are known on the light side for wisdom, intuition and a watcher of the night (Gods Army), However the counter to that is omens, death, witchcraft, child sacrifice, medicine and weather. All of which 2020 has been about!

THIS CHRONOS DEVILS TIME IS UP! THE WONDER WOMANS ARE LARGE AND INCHARGE! WE WILL PROTECT THE Testimony of the Christ CHILD WITHIN THE CHURCH AND FIGHT THE DRAGON WITH THE WORD AND PROMISES OF OUR GOD! It’s about the innocents! The children and the spiritual birthing taking place of the harvest coming! Break this spirits wheel and his hourglass in prayer and command delay to be no more-from the right hand OF THE MOST HIGH GOD!! This is time of the thrones! We have the crowns (corona) now we need to take our rightful seat and rule and reign with the authority given to use through Christ Jesus on Earth!  Kings have crowns and thrones! King of kings and Lord of lords. Stake your claim and occupy till he returns! STAND FIRM DONT COMPRISE FOR MAN PLEASING PURPOSES! It’s a sign of weakness and the devils are watching to devour your testimony! Be wise and vigilant!

A Daniel Fast would be perfect for this time! Its Jan 21st if you start the 1st of Jan. 21 days for 2021! Look at the events surrounding this date and the timing of this.

Daniel 7:25 He will change Times and Laws