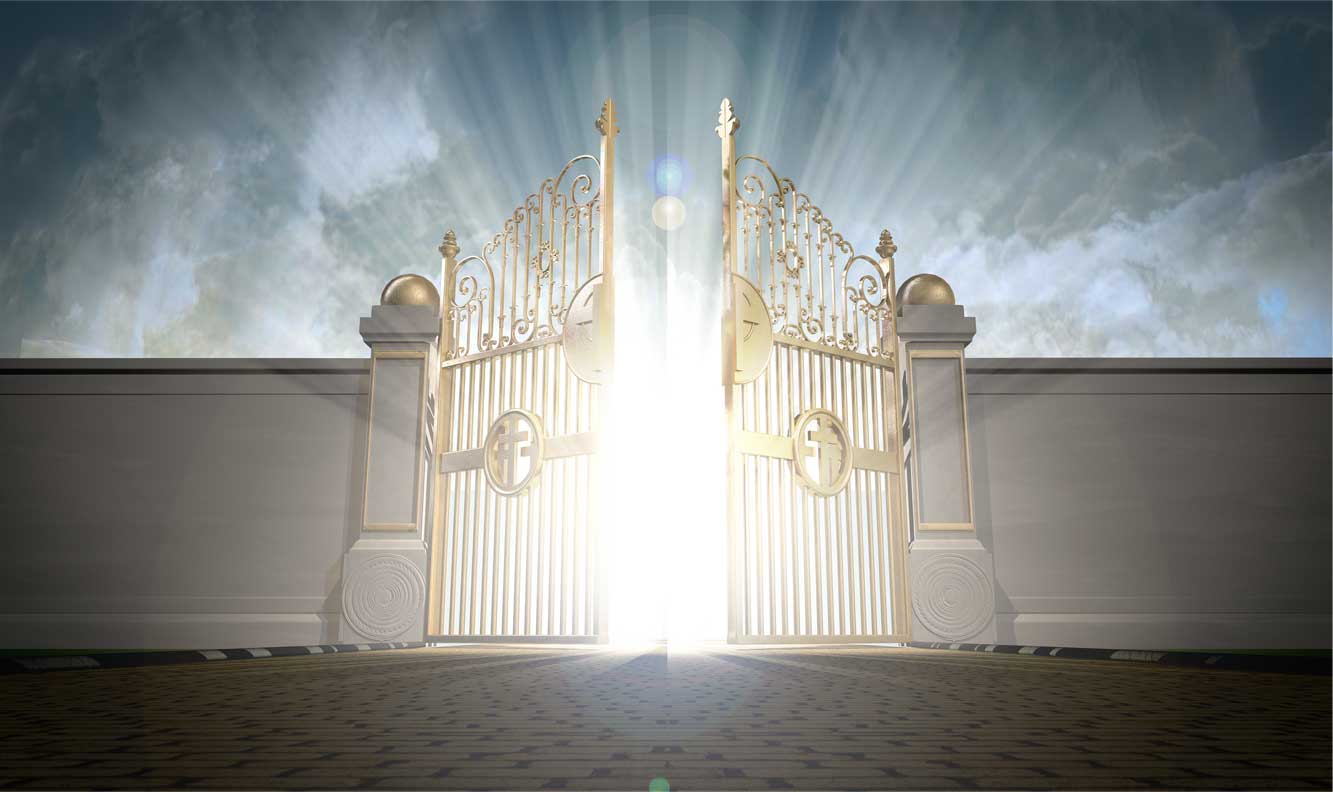 I believe the Lord is putting an open gate in front of us. It’s not a gate we have seen or heard of before. It’s an open gate for us individually, in our different congregations/churches/leaderships, and it’s for the body of Christ as a whole.

God prepares the way by telling His prophets a head of time what is about to happen, to point us in the right direction. The purpose is so that you will be prepared and know it when it happens. You will need to recognize this gate in order to go through it.

This gate is not an ordinary gate, that is why you are being prepared for it now, before it comes.

The Decision: Part 1 of 3
When God does put this open gate in front of you, you will need to make a decision, to either go in or not to go in. If you choose not to go in, you will remain in the same place. You will not go forward or connect with the destiny God has for you.

I am reminded of the parable of the 10 wise and 10 foolish virgins. 10 were ready and prepared when the Bride Groom was calling, and 10 were not ready and prepared. The 10 who were not prepared missed their opportunity to go through the gate to their destiny.

It’s your destiny! It’s your open gate, not someone else’s. Your open gate will not only propel you into your future, but it will cause and make a way for others. And those others are the people we carry in our hearts.

The example I have for you is Esther 4:12-14
“When Esther’s words were reported to Mordecai, he sent back this answer: ‘Do not think that because you are in the king’s house you alone of all the Jews will escape. For if you remain silent at this time, relief and deliverance for the Jews will arise from another place, but you and your father’s family will perish. And who knows but you have come to royal position for such a time as this? ‘ ”

According to Mordecai, God was going to save His people whether Esther went through her gate or not, but God had put Esther, through divine providence, where she was! God had made a way for Queen Esther, not only to redeem Israel but her family as well.

But Esther was an orphan? So who was this family? They were not just her future (seed) family, but the people who had gone on before her! Her ancestors!

This place of blessing required something out of the ordinary of Esther. She had to make a decision. Would she, or would she not go through the gate?

God has prepared you for this hour. He has put you, through divine synergized providence, to where you are today.

Not only is this place of blessing for you and your family, but believe it or not, it’s also for the body of Christ, just like Queen Esther’s was for the whole of Israel and not just for her personally. Line upon line, and brick upon brick, God is helping and building His people.

The reality of all of this is God is smarter than us. He sees the ending from the beginning. He is at the end of time looking at the beginning of time and then drawing and pulling it all to Him. It is the synergy of His providence in us that compels us to go in closer to God, and closer to His original intent.

His thoughts are so much more than we can comprehend. After all He has done for us, it should be easy for us to trust Him, and go through the gate.

In His word He proclaims that all His thoughts toward us are good, that He has a good plan for our future, and that He sent His Son, Jesus, so that we might have life, and have life in abundance. This open gate can only be good!