Gate = Decision
My Experience at The Gate 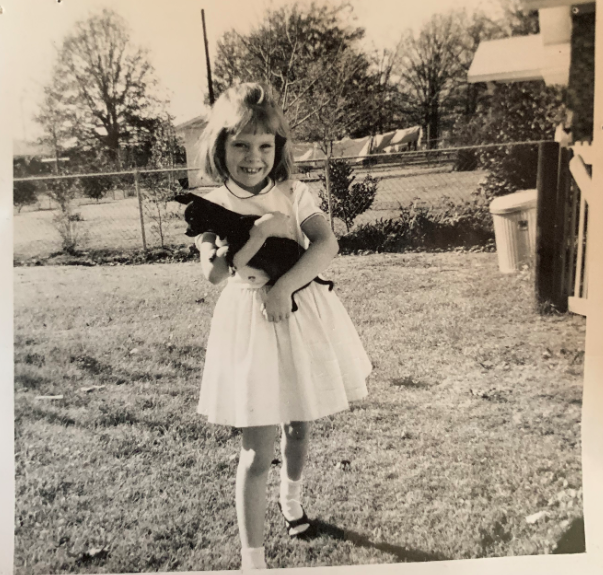 When I was a little girl, I had an opportunity to go to summer vacation Bible school at the big church in our little town in east Texas. Being the youngest of four siblings, it seemed no one else was interested in going, but I was! So getting to go do something all by myself at the ripe old age of six was a pretty “neat-o” thing to do. I really wanted to go and was so excited when my parents gave the okay.

You have to realize when I was a little girl, children did not have all the activities they have now. The only thing I had going on was Brownies and softball. Brownies is a junior level of Girl Scouts which was available through the third grade at that time. Yes, I just dated myself!

Our teacher at vacation Bible school was the sweetest young lady I had ever met. She was barely out of high school, and had beautiful long blonde hair. Her name was Sandy, and she beamed with the love of Jesus to us every day.

On the last day of vacation Bible school, I remember we had a big art project we were trying to finish and, it being the last day, we had to get it done! The pressure was on and Sandy was on pins and needles. At the last moment she remembered she had not read us our Bible lesson, and read it to us very quickly as we worked. Even though it was a rush job on her part, it left quite an impact on me. It was a story of a missionary that God moved a literal mountain for. I’m sure the scripture that was used was this:

So Jesus answered and said to them, “Have faith in God. For assuredly, I say to you, whoever says to this mountain, ‘Be removed and be cast into the sea,’ and does not doubt in his heart, he will have whatever he says. Therefore I say to you, whatever things  you ask when you pray, believe that you receive them, and you will have them.” Mark 11:22-24

The following day, a Saturday, my family and I went to my grandparents’ house way out in the country in Oklahoma. It was a good two-hour drive to get there, but well worth it. MeMaw and Pepaw’s was a great place to visit. At one time, they had over 1,700 acres with woods, rock quarries, rolling hills, farm land, and ponds. My grandfather had a big barn in a field out to the right of the house with cattle, horses, a pond, and all the stuff that goes with it. It was so wonderful!

The house was fenced-in with posts and wire, on about a half-acre lot. The back fence behind the house was different than all the other fences. It was a wooden fence with a couple of buckets nailed to it for the horses. You could bang on the buckets with something and the horses would come up to the fence to see you. Obviously, they were looking for something to eat. I remember once climbing up on the back of the old black mare, Flicka, from off the fence and then just sat there on her while she grazed. Someone eventually saw me there and my mother came and got me down. Needless to say, I did not do that again.

That first evening after dinner, I went out back to the wooden fence. It was a lot of effort, but I managed to crawl up on the metal GATE to get a good look at the view behind the house. I loved it there. There was about 20 acres of field behind the house, behind that were woods, rolling hills, and then in the far distance were two mountains. I thought it was the most wonderful place on earth.

As I looked at the two mountains, I wondered, Would God move a mountain for me? In the sweet innocence of a child, I asked God. I knew He loved me (because He did send His Son, Jesus, to die for my sins), but would He move a mountain for me? I mean, I felt so insignificant in the big world. There I was, this little petite girl peering over the top of THE GATE looking at His amazing creation. Would He do that for me? Was He really watching over me? Was I really special to Him? I mean, was that sort of thing possible? That was how the conversation went–short, sweet, and very puzzling to imagine such a thing.

A couple of days later when we got home, I dressed up, did my hair and had my mother take a picture of me in our back yard, holding my dog, Toot, a little black chihuahua.  For some reason, I felt it was very important for me to remember the experience I’d had with God. Even though I wasn’t really sure what had taken place, if anything. It must have been the Lord prompting me.

Fifteen years later, just after I turned 21, I received the baptism of the Holy Spirit. I decided I needed to go tell my grandmother about my experience. I took the long two-hour drive through the winding country roads. Even though I’d been there many times over the years growing up and the house and barn were older, it still had that wonderful heartfelt charm from my childhood.

My experience was nothing she’d not heard of before. She told me her father was pastor of an Independent Baptist church, and they believed in the baptism, but lacked the gift of tongues, which I had received and she was thrilled for me. We had a wonderful visit and prayed together.

That evening after dinner, as I had so many times before in the past, I went out to the back of the house and crawled up on her old metal GATE. As I looked out at God’s amazing creation, I felt something was different. There was something very familiar about it. Maybe it was just me? But then suddenly as I looked out at the field, the woods, and the rolling hills, it dawned on me–ONE OF THE MOUNTAINS WAS COMPLETELY GONE AND THE OTHER ONE WAS HALF GONE!

I remembered! I remembered the whole thing! The conversation I’d had with God as a little girl and now the mountains were gone! I was stunned. God had moved not just one, but the second mountain was going too! All that was for an insignificant little girl who just wanted to know if He really knew she existed. God’s presence flooded me. What an exciting and overwhelming moment in my life!

And it all happened at THE GATE!

One response to “Judy Block”